For more information about the Ennerdale Valley visit the Wild Ennerdale website. 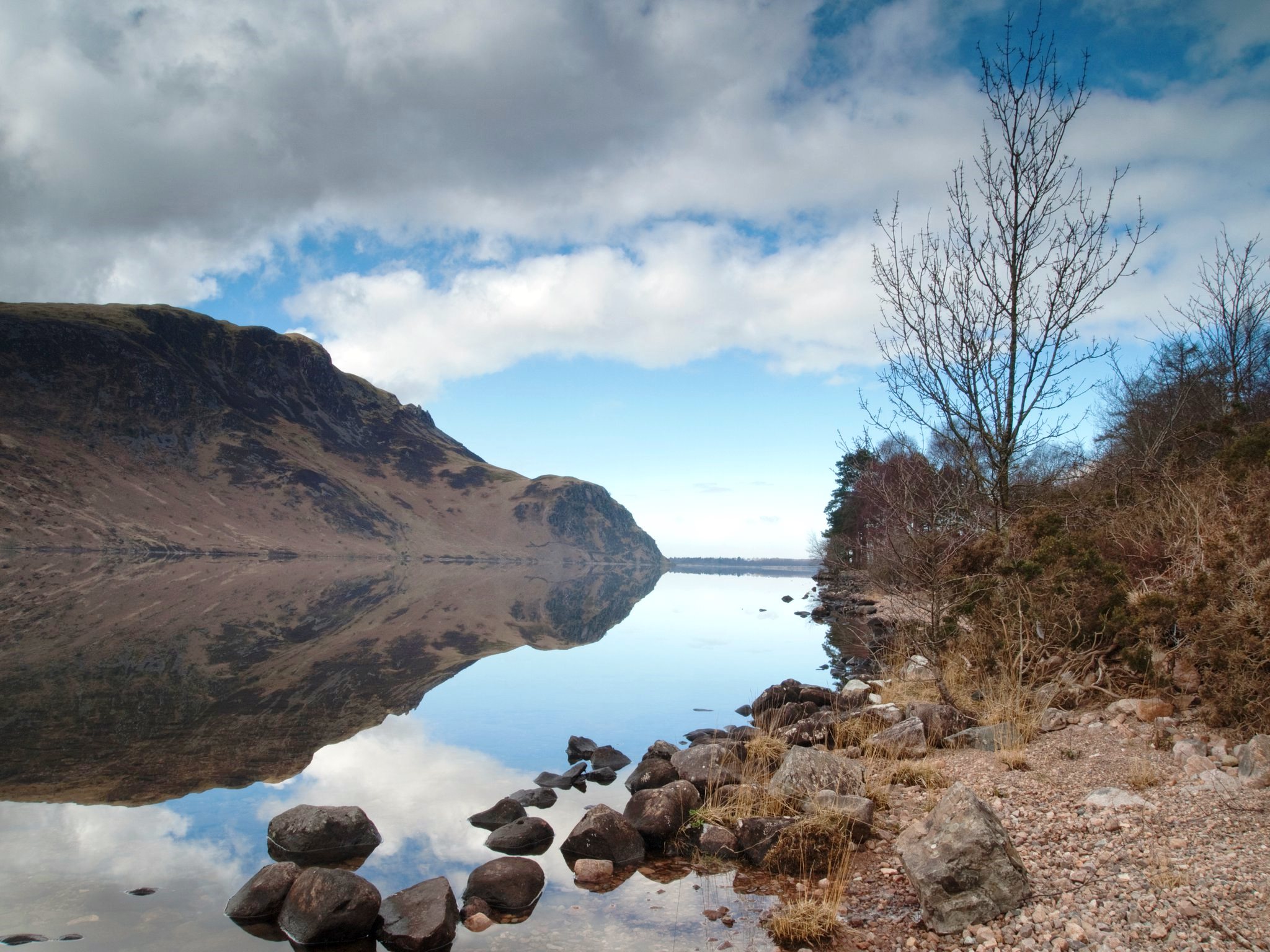 This flickr page hosts some archive (Forestry Commission) pictures of Ennerdale and Gillerthwaite.

Buy print images of Ennerdale and the Lake District from Gareth Browning's website.

If you like a hearty walk, try the Ennerdale Round. A pleasant 23-mile stroll with 8,200 feet of ascent.

Learn about the Black Pearls of Ennerdale - the unique fresh-water mussels said to live up to 120 years. See also a recent article in the Independent on Sunday.

The Centre is ideally situated for geological and geographical studies. Ennerdale is a geologically rich area with the valley being the centre of an igneous intrusion (granophyre) between Skiddaw Slates and the Borrowdale Volcanics. This is evident when walking in the valley, and goes a long way to explain the topography and vegetation of the surrounding fells. As one moves out of Ennerdale there are outcrops of limestone, new red sandstone and the coal measures that gave rise to Industrial West Cumbria.

Mining is very much in evidence, not just West Cumbria's coal mine, The Haig, mining below the Irish Sea from Whitehaven, but closer at hand where disused Iron ore mines abound and specimens of Haematite (Kidney Ore) can still be found among the spoil heaps. Many of these mines in the valley were small affairs dating from medieval times when valley charcoal was need to smelt the ore in bloomeries around the lake shore. The Florence mine in Egremont until recently was still producing Europe’s only commercial output of this pure form of ore, some being exported as specimens.

Other ores include copper with some silver, while graphite mines near Keswick gave rise to the Lakeland Pencil Industry, and a lively chapter of smuggling in Ennerdale's history.

Gillerthwaite is situated on the valley floor, 1/2 mile from the lake and 4 miles from the head of this glaciated valley. Particularly good examples of moraines are to be found at the valley head and truncated spurs can be found along side the lake. The River Liza, which flows close to the Centre, is a misfit, boulder strewn, flood river, and the lake itself is a product of overdeepening of the valley floor and damming by glacial deposits. The River Liza and lesser becks also produce interesting deltas and platforms around the head of the lake. 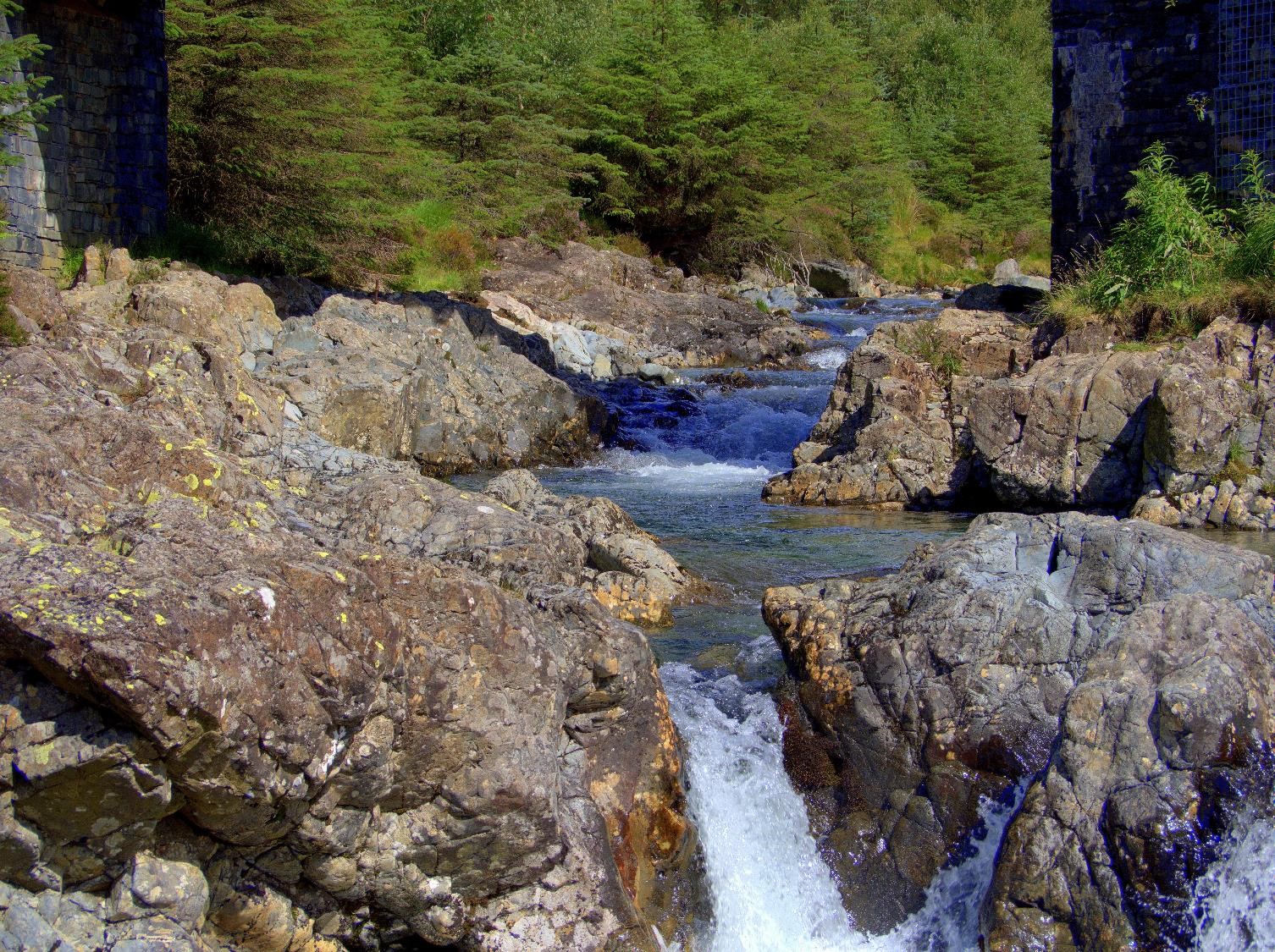 The River Ehen, flowing out of Ennerdale Water, gives more scope for classic river studies in its relatively short course to maturity and the sea. There are a wide range of settlements for the Human Geographer to study; the village of Ennerdale Bridge, Cockermouth - a Market town, and Whitehaven - a major Georgian Port. We are gathering resources to assist your studies, at present they include a 140 slide/tape sequence on the Geology and Geography of the Lake District.

Ennerdale can be considered as a wilderness influenced by forestry plantation and sheep farming. The Centre is situated on permanent pastures at the head of Ennerdale Water, in this glaciated valley. The lower slopes of the surrounding fells are clad with mature Forestry Commission plantation dating from the 1920's. These non-indigenous conifer species edged with beech, birch and a few ornamentals illustrate most aspects of forestry practice and the full cycle from planting to harvest. The 3000 acres of forest dominate much of the four mile walk from the Centre to the head of the Valley.

As a contrast, Side Wood along the South Side of Ennerdale water and 3/4 mile from the Centre is a relic of the Birch/Oak woodland which once covered Lakeland to 2000ft. What a splendid habitat it is, one which supports a rich variety of species. The observant naturalist will soon notice signs of man's early activities - coppicing and charcoal burning were once practised here. A hallmark of the character of Side Wood must be its status as a Site of Special Scientific Interest. (SSSI) 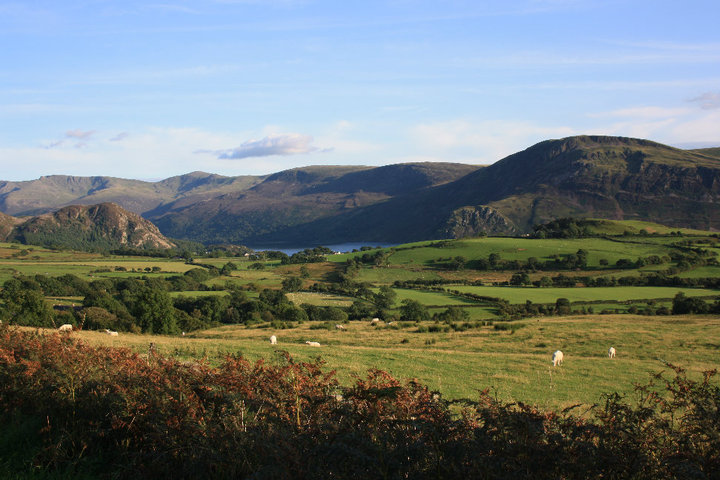 Other registered SSSI's in the valley include the lake itself and it's marshy delta area. Ennerdale Water is oligotrophic and worthy of study as such. It contains lake trout, occasional salmon and the Charr (Salvelinus alpinus) which together with a relic shrimp (Mysis relicta) and other invertebrates, charts its glacial origins and provides useful examples of adaptation and speciation.

The misfit River Liza, being fast flowing and nutrient deficient has a sparse and specialised fauna. All is not lost for the freshwater biologist - Moss Dub, a shallow man made tarn and some marshy pools near the Centre house a variety of species, for reasons that soon become apparent to the student. The stream which drains the marshy pools is lowland in character and completes a range of habitats all within walking distance of the laboratory.

Botanically, the valley has some fascinating communities. The flowering plants tend to occupy safe havens – sphagnum bogs and flushes with their insectivorous sundews and butterworts in the acidic, nitrogen deficient conditions. Along the North-facing mountain slopes can be found relics of alpine and woodland communities. The Centre's grounds are now being managed to produce a richer pasture flora with areas of ground cover for invertebrate and small mammal studies.

The Centre has established a reputation for careful use of the habitats with their conservation being of foremost concern. Hence we have free access to virtually the whole of the valley for fieldwork. Groups should however check the conditions of use and activities permitted with the Managing Warden.

A wide range of studies, with scope for original work can be based in the valley. A wide range of habitats are accessible within easy travelling distance: - estuary, salt marsh, sand dunes and the rocky shore along the coast; and limestone areas closer to the Centre. Pollution studies using freshwater or lichen indicator organisms also make worthwhile investigations. The development of long-term studies, a reference collection of valley studies, and a range of field equipment are being established in the Wolfson room.